Mining is on the verge of the next technological revolution, driven largely by data, technologies being developed for consumers, and this time, it will be accessible to mines of any size. Some might agree the “modern” age of computer-driven technology in mines began in the 1980s with computer-based dispatch and machine health alarms. The concentrator plants evolved alongside other process-based businesses including SCADA, and subsequently historians and expert systems, alongside other process-based technologies. Large volumes of data, and the data science to process that data has existed for a long time but had not garnered much attention, until now.

During the super-cycle, large mines invested in a generation and style of technology that had been proven over the decade previously. Dispatch systems, to optimize truck flows to shovels, and operator aids, such as drill or dragline monitoring system to aid the operators, also generated significant volumes of data through on-board computers. Large in size, yet low-volume in manufacturing, custom-designed hardened computers, touch screens, external GPS, were installed in the mobile equipment, the data sent over expensive in-pit Wi-Fi systems, landing in structured databases in an office server, and whose key output were basic reports. The business model was to make high margins on the hardware and recurring revenue from a standard support package. These systems have, and continue to produce, data such as machine health, drilling records, mobile Fleet Management Systems (FMS) production monitoring, and time-series data. CIOs have been very successful at deploying these technologies, and supporting the reporting tools. However, mine data is still highly underutilized, as most mine managers and engineers would attest. Few companies even monitor the data utilization. Like any asset that is the result of investment, it must have high utilization in order to maximize the return on investment. The first step to maximizing the value of data is to monitor its use and make someone quantitatively accountable.

Due to the cost, complexity in deployment, use, and support, only the largest mines are able to afford the current-gen technologies for mobile fleet management. Therefore small and medium-sized coal mines, nearly all aggregate and cement (limestone) mines, most medium and smaller underground mines, civil earth-moving projects, and industrial mineral sites cannot afford current-gen mobile equipment monitoring and optimization technologies. These mines typically have far less data since much of it is collected on paper then transferred to a variety of custom spreadsheets and databases. New reliable technology can change this.

The past five years have seen a transformation in our personal lives from mobile devices (tablets and smartphones) and data. We can all use the cloud to store information, where complex data can be processed and fed back to us quickly and in engaging ways.

The apps can be highly addictive, as they are designed to be, due to frequent feedback and elements of social interaction. With these devices, we can know our outdoor position anytime, and we have a variety of ever lower-cost wireless communication channels to connect to the web. Our apps continue to function, albeit with some limitations, even when not connected. Small low-cost simple devices, that use our tablets and phones as interfaces and communications bridges continue to enrich our shopping, museum, and fitness experiences. Why not in mines?

Any CIO seriously contemplating engaging in big data efforts, beyond one-off projects, should be prepared to create an integrated contextualized integrated data infrastructure

Even the most technology-imbued operations and nearly all other operations still collect most safety data on paper, eliminating the ability to easily track and analyze trends and detect patterns. Operators can spend entire shift rotations without ever receiving feedback, positive or negative, about their performance. Supervisors at most mines spend an hour before and after the shift finishes, doing paperwork, entering data into a variety of systems, and even during the shift, are expected to drive around the pit to get a visual perspective of how the mine is performing. This low-feedback, paper-work intensive work has remained unchanged for decades. However, the apps would reduce the time it takes to complete forms and completely eliminate the need for data entry. Operators can gain feedback on their own performance and that of their team, through engaging user experiences, similar to how multiplayer online games present highly engaging feedback at the end of every match, in this case, shift. Supervisors would also have a far clearer perspective and can even spend time in the pit when and where it counts because all the data is at their fingertips. However, the sheer volume of data that these sensor platforms (tablets) can generate is staggering. For example, a deployment of our tablet-based fleet management system at a coalmine, where every tablet calculates proximity to one another through Bluetooth signals, frequent GPS heartbeats, operator inputs, digital forms, and automatically triggered records such as cycle sequences, a single week produced 7 gigabytes of data (not including photos), this was for only 14 machines. However, a relatively new approach to storing and processing data, generically referred to as “Big Data” will help solve the volume-issue.

The Big Data revolution, that is transforming other businesses, is based on the high volumes of data drawn from web, sensor, and other data sources, that are mostly in the form of unstructured data. Other than data collected from next-gen mining apps and IoT, most data in mining is the more common structured (SQL) data and time series data. These data sets could be still processed using more traditional techniques, but executive pressure to join the “Big Data” bandwagon will undoubtedly force CIOs to investigate the technology’s applicability to their own operations.

Processing the data through complex algorithms is actually the least time consuming step in an analytics project. The most time consuming step is the data preparation phase, where data, typically from disparate sources is integrated into a common contextual model using domain expertise. Any CIO seriously contemplating engaging in big data efforts, beyond one-off projects, should be prepared to create an integrated contextualized integrated data infrastructure. The benefits of such an infrastructure will help not only facilitate Big Data analytics, but greatly enhance basic analyses because most analytics at mine sites is currently undertaken using spreadsheets. By far the most challenging step in a big data project is to transform workflow, in other words, to gain action from data.

The most immediate transformation in mining in the next few years will be the introduction of tablet apps and IoT as data collection and control systems, mostly at small and medium sized mines. As the current generation of fleet management systems that were recently purchased reach the endof their life cycle, it too will be replaced by these lower-cost systems. Big Data will continue to excite executives due to the media attention it receives, and so perhaps, with such high-level corporate attention, big data projects could result in the reengineering of workflows in mines where other data-driven technology has fallen-short.

Although mobile fleet automation undoubtedly gets the most interest, the level of control, cost, isolation, inflexibility, and complexity will prohibit its use to only the very largest and most sophisticated mines. 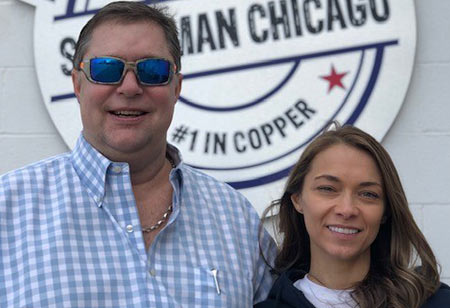 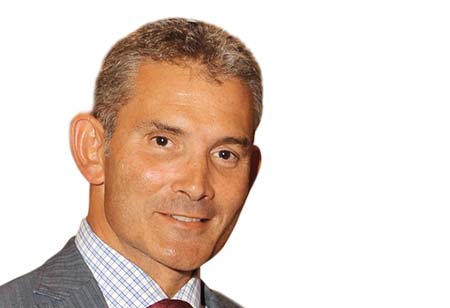 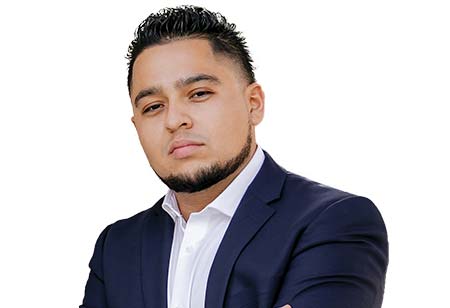 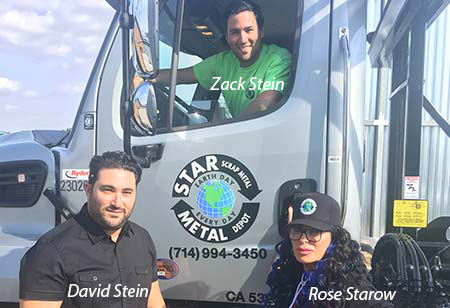 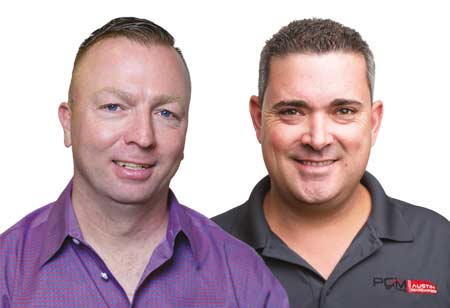 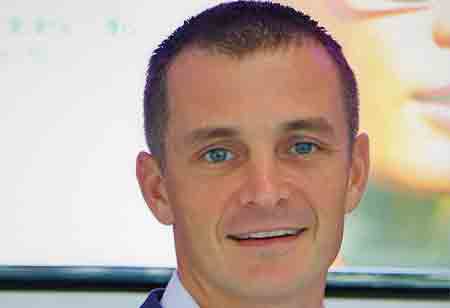 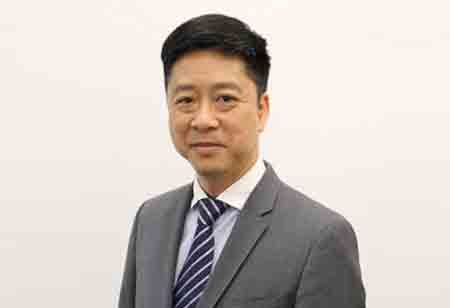 The Right Technology for Future Enablement 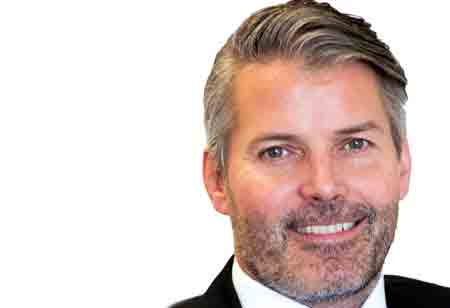 Three Ways to Boost Manufacturing and Production Flexibility with Robots 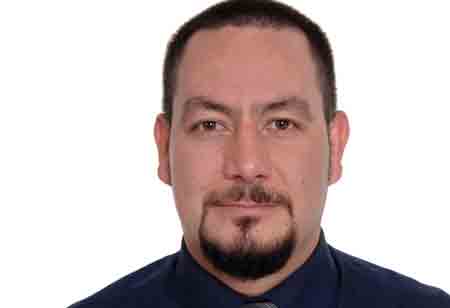 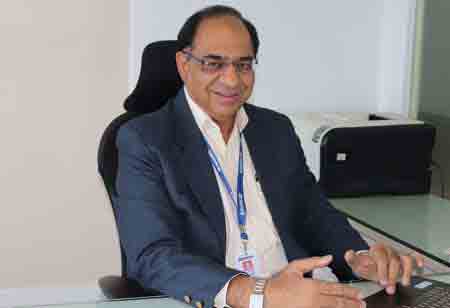 The Era of Advanced Manufacturing 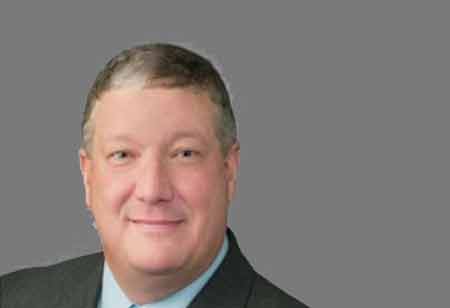 Increasing Efficiency and Decision Making with Analytics and Situational Awareness